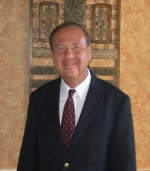 Bob has practiced law for nearly forty years in the State of New York, specializing in Banking, Corporate, Real Estate, and Civil Litigation. In addition, he served as a Captain in the U.S. Army Reserve and as President of Active Industries, a national company providing electrical engineering products and services to manufacturers.

He served as General Counsel to Provantage Funding Corp, a New York State licensed mortgage bank, and is a board member and former Chairman of Saratoga Economic Development Corporation in Saratoga Springs, NY. He is also Chairman of the not for profit Luther Forest Technology Campus Economic Development Corporation where he leads a Multi-Billion dollar nanotechnology development project.

Bob is also a member of the board of directors of Polyset Company, Inc., a chemical research and development firm. From 1995 to 1999 he served on the advisory board of Chase Manhattan Bank. Bob currently splits his time between Upstate New York and Naples.